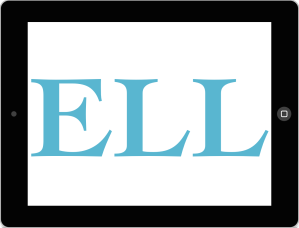 Educating the next generation of physicians in death and dying.

Georgia On My Mind: The first time I fully understood the limitations of defeating death – January 31, 2017

I’ve been working in an ICU, and recently lost a patient after caring for and trying to “fix” her for several hours at her bedside. It wasn’t a pleasant way for anyone to go, as a full code was run because everyone wanted to give her the best chance possible and benefit of the doubt – I find comfort in that I don’t believe she was present. I felt defeated, yet all the family could do was say thank you, genuinely, for a best effort.

She got short of breath, husband saw this, went and grabbed EMS a minute down the road (they lived next door) – coded there, compressions PEAx3, etc. Transfer.

There’s a different Georgia on my mind. She was 74, and we honestly never spoke, but she was endearing to me. We met because she was transferred to me from a community hospital while I was working in an ICU, already intubated, coded three times with multiple amps of epi and bicarb., and acidotic as hell. Blood was suctioned from her mouth as fast as we could pull it, but I had no clue where it was coming from – the records with labs, tests, and notes from the transferring hospital wouldn’t reach me for another couple hours. She was in florid shock – from God knows what – her heart sucked, and I couldn’t even attach a pulse ox. that would read anywhere to save my own life. Yet, there she lay, somehow peacefully still alive. Her wavy, silver-infused hair with the remnants of strawberry blonde from her beauty days pushed to her forehead in sweat.

Georgia, just an old sweet song – I’ll do my best to carry you.

I threw a central line, but her pressure bottomed out that even with ultrasound, her vessels were bounding back and forth and collapsing with every breath, so I went into her subclavian blind, hoping for the best. I had all pressors maxed, and a cardiac echo showed a heart that sucked.

A song of you, come sweet and clear, as moonlight through the pines.

After three hours, we had at least stabilized her enough to talk with the family. There were three of her brothers, a sister-in-law, and her husband was still in-lieu. In a circle around me, from left to right, the sister-in-law wrapped in a blanket with tears behind her glasses, her husband comforted her while rubbing his own eyes; another brother in a red polo and red hat who I took as the leader; then, I saw who was clearly the younger brother, the most endeared by Georgia, with his long beard, quavering lip, and in disbelief his beloved sister could be leaving him. Just as I left the room, hopeful I had patched her up well-enough to let cardiology put a pump in to assist her failing heart, her pressure dropped further; even though I switched pressors, I slowly watched as her pulse dipped, tick-tock, tick-tock, like the sand running from an hourglass, 70s to 60s, then 50s to 40s.

In slow motion, I can remember briskly walking to the window, pulling off my stethoscope, badge, quarter-zip pull-over, and simultaneously removing the band from the watch I wore on my wedding day. I unlatched the metal that inserted into the year and a half old leather. I gently lay these things to the side, because I knew what was to ensue. Snapping back into real-time, just as I parted with my things, her pulse tanked, the bed was dropped, and a code was started – again. PUSH ANOTHER EPI, as I slammed on her heart with compressive, rhythmic force through the heels of my hands. I WANT CALCIUM-GLUCONATE TOO. “Pulse check,” my charge nurse sternly announced so everyone would halt in order for me to evaluate the monitor and listen while someone applied an echo device to her biggest vessels. The sounds were eerily like the plunging depths of a WWII submarine radar as it screeches and echoes into the distance, searching for what could be in the unknown – a pulse, or the enemy, death. I stepped back to assume control of the code, and like a coordinated circus, chaos was beautifully orchestrated. Several more cycles, and her heart tracings were wide and fast, V-fib – after years training, charge to 200, synchronized, left my mouth before I could even think. A shotgun bullet of blood shot out of her ET tube as the shock ran through her chest.

Still in peaceful dreams I see, the road leads back to you.

I knew I was losing her. I knew it from the time I met Georgia. But I was also endeared by her and the love of her family that said, “fight on, because we have faith in God love can heal the multitudes of sins.” But sometimes, the sins that plague our mortal bodies are also built of physics, chemistry, and an intertwined universe that are annul to both the mortal and divine interventions that can save a person.

Another pulse check, and I watched as the remnant of what her heartbeat used to be, faded away into the darkness of an east Tennessee night – poignant, to me.

I said just an old sweet song, keeps Georgia on my mind.